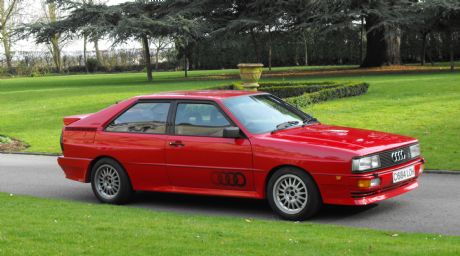 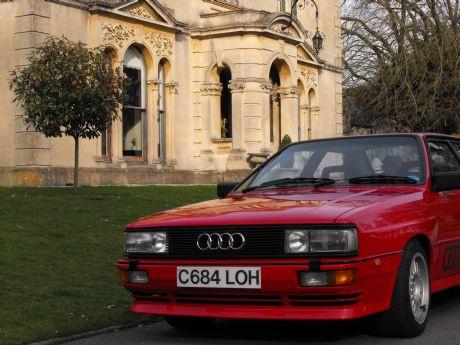 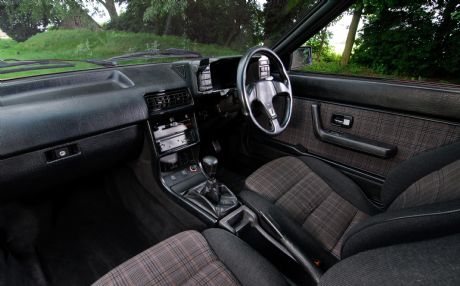 FIRE UP THE QUATTRO (AGAIN)!

The Audi Quattro was a phenomenally successful rally car that went on to become an exclusive status symbol among upwardly mobile yuppies and dinkys in Thatcher's brash early 80s Britain. But you don't have to have loadsamoney to experience the Turbo lag a quarter of a century later.

Wiltshire based Vintage Classics' bright red 1985 Quattro Turbo is believed to be the only example of this legendary 4WD performance car for hire in the world and it is available for daily or weekly rentals from just £200.

This rare classic car is expertly maintained by Audi specialist Dialynx and is resplendent in tornado red. Since joining the VC fleet last year it has been enjoyed by classic car enthusiasts, birthday boys and even as a dramatic and unusual wedding car.

Launched at the Geneva Motor Show in 1980, the first Quattros were shipped to the UK at the beginning of 1981. The car was initially available in left hand drive form, but by the end of 1982, the German company was producing export models with the steering wheel on the correct side!

With a permanent four wheel drive system and a mighty fuel injected turbo engine the UR Quattro quickly became the car to beat on the World Rally scene and in the hands of all-time greats Hannu Mikkola and Stig Blomqvist it won manufacturers' and drivers' championships. Originally only 400 rally specification cars were scheduled to be produced but due to public demand, around 11,000 cars were finally sold. The last Quattro was built in 1991 and has been retained in Audi’s museum.

The limited number of right hand drive cars in the UK has made Vintage Classics' UR Quattro Turbo a rare and collectable classic car. To discuss firing it up for yourself, simply contact Phil Rowe or Nikki Green via www.vintage-classics.co.uk. Vintage Classics is located in Wiltshire, bordering the Cotswolds, Dorset, Somerset and Hampshire. A beautiful location for a sensational driving experience.