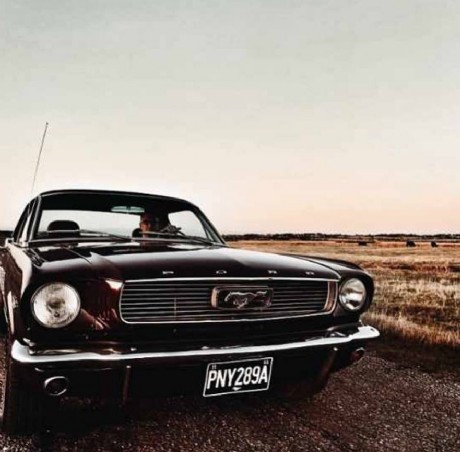 Niall where you are based?

We’re based alongside the South Downs National Park in Sussex. Near Lewes and Brighton, the area is known for Glyndebourne Opera House, Beachy Head, Arundel Castle and of course, Goodwood Motor Circuit with its Festival of Speed and The Goodwood Revival.

What is your favourite route to drive either in the UK or overseas?

Le Gorge du Loup as it’s my holiday route. Not very good in a Mustang though and it’s in the South of France so I’ll go for a cruise along the seafront.

What was the last car movie you watched?  Did you enjoy it?

It has to be Bullitt as it’s on all the time in the background. Great car chase of course and it has the King of Cool. (that’s the star Steve McQueen of course but the car comes a close second – Ed)

Which of your cars would you recommend for a bride to drive?

Any of them. They are pretty similar on the interior with space for meringues. The Convertible is popular for weddings with an “open” feel to it.

What made you and Christine start Drive Wild Horses?

From the age of 16 I’ve owned classic cars and have driven one as my daily car ever since I passed my test. My idea was that it was “enforced saving”. I would borrow an amount from the bank, run the car until the loan was paid off and then sell it for a profit, as it would have at least held its value. Then I’d take another loan, add it to the money from the previous sale and buy something better. “Enforced saving”.

Eventually though it became more emotionally difficult for me to part with the cars and a collection grew.

The cars were not getting regular use, however, and I decided to set up Drive Wild Horses in order to help maintain the cars and allow other people to enjoy them as well. We eventually settled on the iconic, sixties Mustang as the car of choice.

If you could change anything about your biz what would it be?

It would have better access to French roads and also have more room for more cars and bikes.

Taking our own cars out for a spin  (just for a “test drive” you understand). It has to be done. Also, I love seeing the grins on people’s faces when they return the cars.

If money was no object what car would you add to your fleet?

A 1967 Shelby GT500. I’m not sure what the insurance company would say though.

Thanks Niall great talking to you and looking forward to seeing that Shelby on the fleet one day! Ed