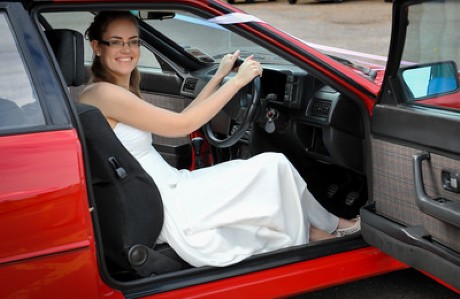 My first car was a 1959 Frogeye Sprite. Being a penniless student I had no option but to tackle the repairs myself. I suppose that is what started my interested in cars, i.e. the interest moved on from a means of ‘A’ to be ‘B’ transport to something that needed to be loved and cherished. Also, I grew up in the era where cars were designed on drawing boards / back of fag packets and not in a wind tunnel. Which means the primary objective was style, character and most importantly something which was unique. The majority of today’s cars cannot be described as unique, in fact, in many cases remove the manufacturers badge and it would be difficult to determine what the car is. No doubt in the modern bubble shaped cars will on day appear on yet another TV quiz program, ‘name that car’.

My first car probably provided me with a multi-disciplined education. Armed with a text book (aka workshop manual) a few tools (flat bladed screw driver, hammer, 7/16 and 9/16 spanner) and it was quite a journey discovering what made the go and stop. It also taught me a logical though process when determining how to rectify faults. Something I am sure helped me developed by career in IT.

Driving a modern car is great but completely soulless and there is no love. That is what always drives me towards the shape and sound of a classic car.

Which is your personal favourite car and why?

My all-time dream car is the Series 1 E-Type Jaguar FHC. In terms of favourite cars I could fill a garage and another and another… But I suppose the car that will always find a space in my heart is the car that I initially grew up with and had the biggest connection with, Austin Healey MK 1 Sprite Frogeye. It oozes character, it is simple (no ecu’s) and it is a car that always makes you look twice (assuming you can take your eyes off it).

What was the last car movie you watched?  Did you enjoy it?

The last car movie I watched was at Christmas. There was absolutely nothing on TV that was not a repeated repeat or a current ‘soap’ but after a bit of channel hopping I found the original ‘Italian Job’. Boy was that good to watch again, on a number of levels. It had an E-Type, Aston Martin, numerous Cooper ‘S’s and an insight to the sixties.

What bit of advice would you give to anyone interested in buying a classic?

The best bit of advice I give to anyone thinking of buying a classic car is, don’t. Unless, that is, they are going to use it. Classic cars need to be used, if the intention is the leave it in the garage until the sun shines then you may be setting yourself up for a big disappointment. If you buy a classic car, use it on a regular basis and then when the sun comes out you and the car will be raring to go providing a lot of smiles per mile.

Which of your cars would you recommend for a bride to drive?

Nikki interjected that they have had some brides hire their cars – notably the E-Type and more recently the Audi ur quattro – they had a ball driving them and it made for a non-traditional marriage carriage.

What do you think will be a future classic?

Ever since Classic Cars were invented there have always been the question, ‘what will be the next classic’. It was often thought that the mass produced cars, such as the MK 1 Ford Escort, would never make classic status. That has been proved wrong. It is likely that a current performance car will become classics and anything outside of the ‘Jelly Mould’ shape will attract a following.

What do you think the future of classic car hire will be like in 10 years time?

I believe there will always be huge interest in classic cars until fuel supply starts to make it impractical. Currently fuel is not an issue compared to recharging an electric car, that is very likely to change and the situation will swap around. But I don’t think that will be any time soon. And when it does happen converting a fossil fuel car to battery or hydrogen power will be financially a viable proposition.